Please see below an invitation from Pauline Yeung '08 for a Boxing Day Chess Party featuring a 10-minute live match between chess masters Daniel Lam (Cambridge, 1999) and Josh Weinstein (Princeton '09). This will be preceded by a brief introduction to the game of chess, and accompanied by drinks and canapes. Friends and family are most welcome to join.


Daniel Lam (Cambridge, 1999), is Hong Kong's No. 1 ranked player among active chess players, as well as the only person from Hong Kong to hold the title of Master from the Chinese Chess Association. Daniel is a financial services professional.


Josh Weinstein (Princeton '09), currently a tech entrepreneur, was an East Asian Studies major and President of the Undergraduate Student Government (USG) at Princeton. As Founder of YouAreTV, a live video platform that enables the audience to not just watch but also video call-in and participate, he has been featured on Bloomberg and been a guest speaker at DLD, Princeton, NYU, the CUNY Grad School of Journalism as well as programs such as Founder Institute and TechStars. Josh was the 2004 U.S. High School speed chess champion. For more about Josh, please visit http://joshrweinstein.com/me


Please RSVP directly to yeung.pauline@gmail.com with the subject "Boxing Day Chess Party" by Tuesday, December 1 if you are interested in attending. Please include the number of adults and/ or children who plan to attend, and state whether they are members or non-members. 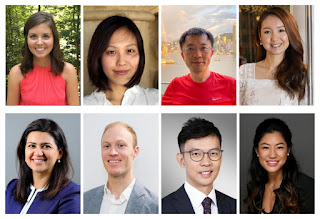 We're the team behind the emails!

The Princeton Club of Hong Kong  Officers & Committees Chairs, 2021 We're the ones sending you emails. We're the ones pulling together events. We're the ones who endeavour for YOU to experience Princeton in Hong Kong! If you have ideas to share or would like to get more involved with the Princeton alumni community in Hong Kong, we'd love to hear from you.  Contact below. PCHK Officers 2021 Mehvesh Mumtaz Ahmed, President Mehvesh Mumtaz Ahmed *02*10 is the current President of PCHK.  Mehvesh attended the School of Public and International Affairs at Princeton.  She now leads strategic research to help policymakers, business leaders and practitioners maximize private social investment across 18 Asian economies. She, along with her husband and two children, has called Hong Kong home for 12 years. Evan Thorpe, Vice President Evan Thorpe '05 graduated from Princeton with a degree in East Asian Studies and a certificate in Environmental Studies. He subsequently wor

Dear Tigers, The Princeton Club of Hong Kong's Annual Dinner 2015 will be Tuesday, October 20th at the Hong Kong Football Club. Wednesday is Cheung Yeung Festival (a public holiday), so there is no excuse not to attend! Please join fellow alumni in celebrating being a Princeton Tiger in Hong Kong and learning how you can become part of the fun and interesting activities the Club has planned for the upcoming year! We will be joined by special guest, Samson Young*13 presenting "For Whom the Bell Tolls" a piece focused on the sounds of bells recorded across Africa, Australia, Myanmar, etc. with references to their cultural and musical history. More details about Samson's background and unique multimedia work can be found at: http://www.scm.cityu.edu.hk/…/assistant-pr…/mr-young-samson/ Back by popular demand, we will have Quizmaster Extraordinaire, Glenn Berkey '89, testing our tiger knowledge with Princeton Trivia. The cost of the buffet dinner is HK$450 + HK$19 proc 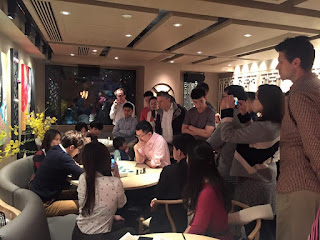 Thanks to all who joined us for the Boxing Day Chess Party!  The event featured a 10-minute live match between chess masters Daniel Lam (Cambridge, 1999) and Josh Weinstein (Princeton '09).